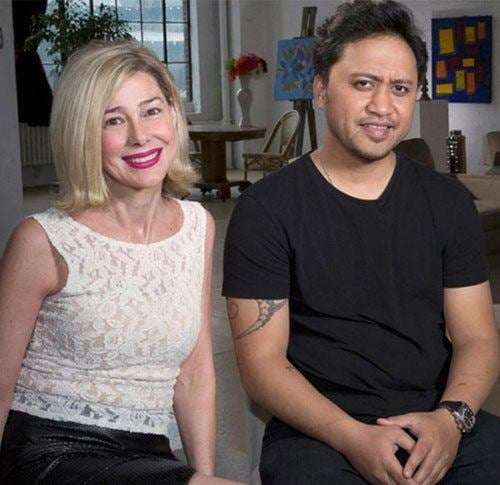 The happy couple in better days.... 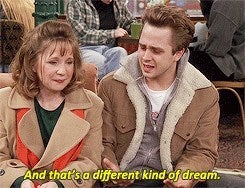 Confession: I eagerly clicked on the news that MaryKay Letourneau and Vili Fualaau are ending their marriage. As a student in the late 90's, I was oddly fascinated with their story: a married teacher impregnated by her sixth grade student. As a result of their "romance," Mary Kay went to prison for seven-plus years, gave birth to the couple's second child behind bars, and lost custody and relationships with her own young children and first husband. What made this woman throw away everything?

Alas, it appears the Mary Kay-Vili love story will not have a happy ending. At least we still have Soon-Yi and Woody. No less an authority than Radar Online (eye roll) posted this interview with Vili.

Vili explains to Radar that he filed for legal separation as a ruse. Why the fake separation? He is applying for a license to distribute the gross-sounding "Cigaweed" and can't be married to a felon when the government does their due diligence on the applicant's background.

One wonders if Vili chain-smoked said Cigaweed before this bizarre interview. He "taunts" the reporter by daring him to confirm in a year if the divorce paperwork is finalized, proclaims that the petition is "only a document that doesn't say much," and brazenly admits that it was filed simply for business reasons.

Radar Online's policy is featured prominently at the bottom of each page: they pay for news stories. Hopefully Vili received a tidy sum, because he has now announced (1) his intent to commit fraud in his business application (2) that he committed perjury by filing a sworn petition in King County Superior Court averring that his marriage is over. (As an aside, why "Cigaweed"? "Marijuette" sounds so much more appealing and marketable).

Mary Kay isn't exactly swiping though Tinder at this point: People magazine reports that she is heart-broken, and disagrees with ending the marriage.  A judge in Washington state will grant a divorce or legal separation even if a spouse does not "agree" with it. Moreover, if one spouse wants a divorce rather than a legal separation, the court will grant the divorce. The despondent respondent Mary Kay CAN object to other aspects of a legal separation matter such as spousal maintenance, child support, any parenting plan, and division of property and debts.

I surmise that Vili only started the process by filing a petition for legal separation. If he truly doesn't intend to end his marriage, he needs to proceed cautiously. Legal separation can be messy when the litigants reunite. Once the final decree of legal separation is entered with the court, it is intended to be FINAL. A final order cannot be "undone" except in rare circumstances listed in Court Rule 60(b) AND must be filed within one year of entry of the final legal separation decree.

What to do if you and your ex reconcile after finalizing your legal separation?   The best practice is to execute a status of property agreement or community property agreement so there is no question about anyone's intent. These serve as legally enforceable agreements determining precisely out how things will work if you later breakup.  Sit down with your ex- "Ex" or your attorney and characterize all property as separate or community. Agree how any community owned property should be divided if you break up. Specify how living arrangements work, and how finances and earnings will be treated. Creating a legally enforceable agreement can save you money, time, and a significant amount of future angst.

Takeaway: Don't trifle with these court orders. Orders from a legal separation matter are final and binding. Reconciling with your spouse does not void the decree of legal separation and related court orders, including child support. If you reconcile, negotiate a property agreement toute suite to protect yourself in the event of a second breakup.

Legal separation is confusing and misunderstood by many folks. I do wish good luck to these two in settling their legal separation case. The marriage may be over, but their story lives as clickbait even after 20 years.

I began my legal career in litigation in 2000 as a public defender, where I handled a variety of serious criminal cases and juvenile dependency cases.  As a trial attorney for eight years, I learned how to handle grace under pressure and achieve success in the courtroom, I learned to listen caref...

Thank you for contacting us. We will get back to you shortly. Feel free to reach me at [email protected]

Please complete all required fields below.

An initial consultation is one of the most valuable services I offer. My initial consult fee is offered at the reduced rate of $150 for one hour. I invite you to come in for an initial consultation regarding your case to learn more about your case and determine if we make a good attorney-client fit. Once I know more about your circumstances, I can better estimate your legal fees and possible costs of any future representation. I offer limited-service contracts, consulting contracts, and traditional retainer agreements.